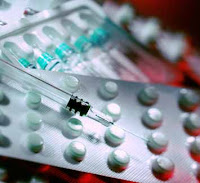 Pharmacists, prescribers, and patients often voice concerns about the safety and efficacy of generic drugs that are substituted for brand-name drug products. No matter where they fall on the spectrum, most clinicians, however, acknowledge that they are here to stay. The US Food and Drug Administration (FDA) approves a generic substitute if it has proven to be "identical, or bioequivalent, to a brand-name drug in dosage form, safety, strength, route of administration, quality, performance characteristics, and intended use." [1]
The FDA's Orange Book provides the latest information on generic approvals. Approved generic agents have been demonstrated to have therapeutic equivalence -- although many clinicians have questioned whether that equivalence extends to all patients and all clinical scenarios. Jenny Van Amburgh, PharmD, an Associate Clinical Professor of Pharmacy at Northeastern University in Boston, Massachusetts, reminded readers in a previous discussion on Medscape that generic products are only compared with their brand-name products and not with generics made by other manufacturers.
Drugs that are known to exhibit a narrow therapeutic index (NTI), including levothyroxine, warfarin, phenytoin, and digoxin, are of greatest concern. Switching between generic NTI products made by different manufacturers may require particular vigilance to recommended monitoring.
James Lindon, PharmD, PhD, JD, in an earlier article on Medscape discussing pharmacist liability in the selection of generic agents, noted that the product liability law applied to prescription drug products usually only requires the manufacturer to disclose "adequate warning and instruction" to the prescriber or dispenser. There may be no duty for the drug product manufacturer to warn the patient. [2] In contrast, both the pharmacist and the prescriber may have a duty to counsel the patient when a particular generic product is prescribed or selected by the pharmacy. Laws regarding substitution vary by state.
What if the generic substitution is required by a patient's insurance carrier? Or the switch to a generic drug from a different manufacturer is made at the pharmacy and the prescriber is not aware of it? Is the pharmacist liable?
We asked our readers to participate in a survey describing their experience with generic agents and their opinions on the appropriateness of their use. Here is what the pharmacists had to say.


How Frequent Are Generic Substitutions?

We asked whether respondents had been required to make a generic substitution by an insurance carrier in the previous 6 months. Over 80% of respondents indicated that they had indeed been required to make a substitution. Most reported that that substitution was made without notification of the prescriber. Less than a third (28%) agreed that they had an obligation to notify a prescriber if a substitution was made.
Dr. Lindon notes that there are pragmatic concerns in implementing prescriber notification about medication substitutions, particularly when changing between generic manufacturers. Multiple pharmacist calls to clinician practices could be cumbersome for both the pharmacy and the prescriber and potentially disruptive and intrusive. He questions how often a prescriber would find such information useful, object to a change in manufacturer, or request more information about the manufacturer or generic product.
One pharmacist wrote that a change from a brand-name drug to a generic was as often made because of patient requests as because of insurance requirements, with patients citing higher out-of-pocket costs for brand-name medications.


The Generic Experience: The Safety Question

We posed the question: Are generics usually just as safe and effective as the corresponding brand-name product? An overwhelming majority of pharmacists (85%) agreed. This is in contrast to only 55% of prescribers who agreed with this statement. While over a quarter (27%) of prescribers disagreed with this statement, only 5% of pharmacists reported that they thought generics were less safe or effective and 10% of pharmacists vs 18% of prescribers were neutral.
A question about poor patient outcomes that were perceived to be due to a brand/generic interchange yielded somewhat conflicting results. Just under half (49%) of respondents believed the substitution had caused a bad outcome in a patient; in contrast, only 31% indicated that their patients had not had a negative experience. These percentages are virtually identical to the evaluation of patient outcomes provided by prescribers.


The Generic Experience: The Cost Question

A large majority (80%) of pharmacists agreed that after all costs are considered, generic drug products probably save money or reduce expenditures when they are used. However, 10% disagreed and 10% voiced no opinion.
A 2010 article in U.S. Pharmacist described generics as "the best bargain in health care" and asserts that implementation of the Affordable Care Act is likely to lead to an increase in their use. [3] The author of this article, John Coster, PhD, RPh, Senior Vice President for Government Affairs with the National Community Pharmacists Association (NCPA), cites an analysis of Medicaid claims data conducted by NCPA that concluded that the average price of a generic prescription was $20.61, a mere fraction of the average price of a branded product, which was $195.54, a difference that translates to almost $2000 per year for chronic medications. John Bishel, PharmD, a community pharmacist, points out that, given that the median hourly wage in the United States in 2011 was just under $17, [4] the average patient would have to work an additional 10 hours per month to make up that cost difference. He argues that, in many cases, there is little evidence to support the use of a branded product in place of an acceptable generic alternative and believes that if "prescribers were aware that some medications could cost the patient an additional $2000 per year with marginal potential benefit, it may alter prescribing habits, given that half of working Americans live on an hourly wage that equates to about $35,000 per year."

Given the murky legal waters regarding potential liability with the use of generics, we asked clinicians whether they believed that allowing the use of generic drug products for their patients increased their legal liability. Opinions were split: Just over half (56%) of respondents indicated that they did not feel they were at increased risk while almost a third (31%) voiced no opinion. A small percentage (12%) was concerned about increased legal liability.

Prescribers in this survey pointed out that, ultimately, their patients often were more concerned about the use of generics than the healthcare professionals. The FDA provides extensive information about generics for patients that can be an important resource for clinicians in educating their patients about generic medications.
http://www.medscape.com
Αναρτήθηκε από Αdmin στις 12/05/2012